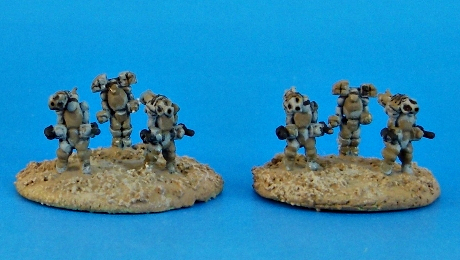 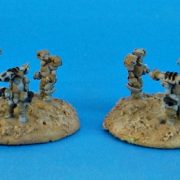 The Drazzar are the elite infantry unit of the Orbital Combine armed forces. Arduous training, aggressive spirit, the best available in arms and armor technology and special psychic powers amplification combine in creating one of the most effective infantry units in all of the human-occupied space. The Drazzar take full advantage of telepathic communication amplification (which the Orbital Combine are generally capable of), achieving levels of tactical coordination unapproachable by other units. The Drazzar’s split-second coordination elevates group tactics to another league giving them tremendous advantage in both attack and defence. Clearly a top unit, the Drazzar are an asset of special value for almost all tactical challenges.