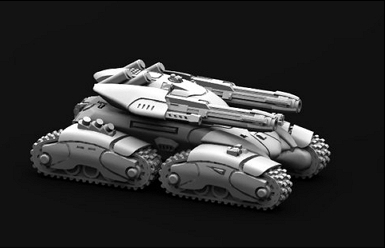 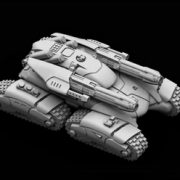 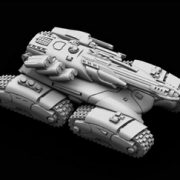 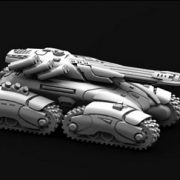 The Maarghast is the heaviest Marhaf ground armored vehicle. It specializes in the attack role since its design priority lies predominantly on firepower and both of its variants feature potent arsenals of plasma and missile weaponry that almost reach levels of higher class vehicles. Though certainly effective in defence, the Maarghast is best used in offensive or counter-attack operations as its combination of mobility and firepower can surprise and overwhelm enemy defenders, even in well-prepared positions. Maarghasts are effective as they are expensive and their sight on the battlefield means that the Marhaf Legion are not joking around – they are fully committed to the attack.